Professional Football in India has a history of over 150 years. It’s astonishing to see how the progress of Indian Football slowed down. There are multiple instances of Indian Football dominating Asian Football. But they are yet to compete in the greatest and most prestigious competition in football – FIFA World Cup.

Then came Indian Super League in 2013. The shining light in the darkest days. It was a beam of hope and with the promise of doing something good for the scene of football in India. It was fortunate that Indian Football got the taste of franchise-based club football. It is since then nothing but the meteoric rise of ISL. The big money flex, star players, glamour of Bollywood franchise, popular Sponsors bringing in the cash flow, and some ambitious movement of the pieces of the puzzle by Indian football.  In true Indian sport-style, the ISL follows a franchise-model system, and now boasts matches that attract almost 50,000 fans into stadiums per match. 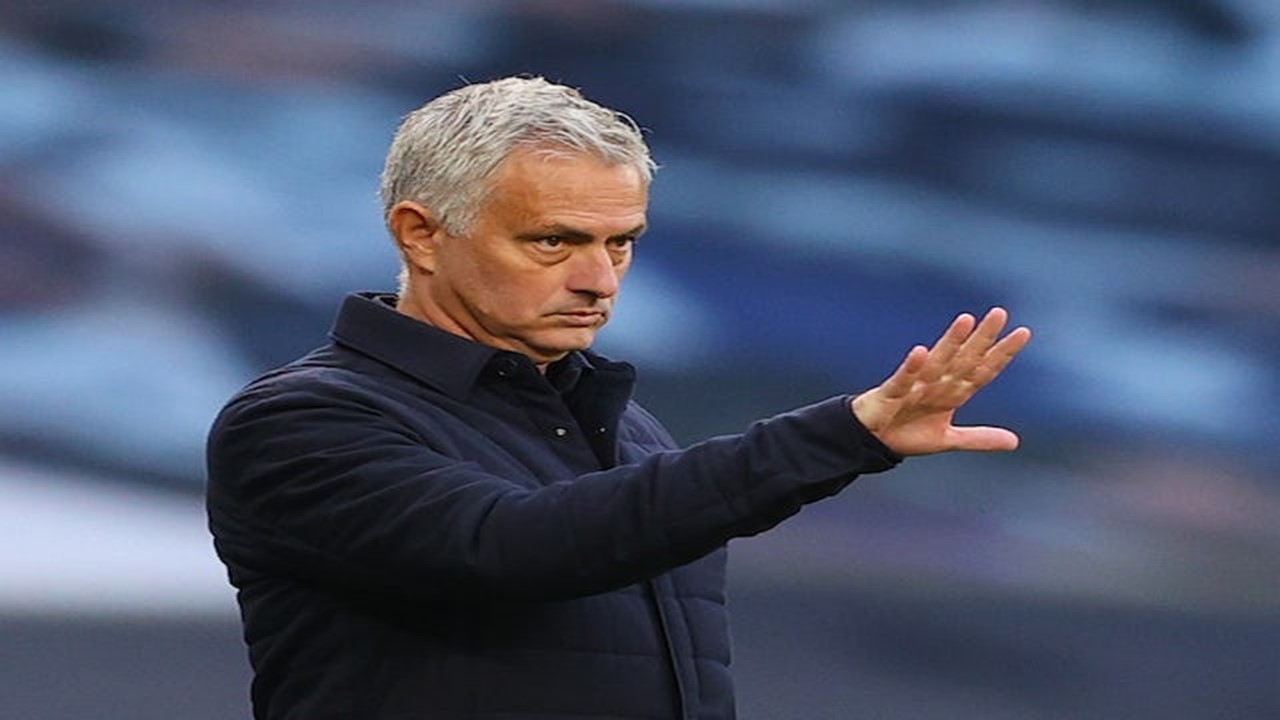 Jose Mourinho- The Winner of Everything and Everywhere

Experts believe that ISL has been a principal cause in the Indian Team’s improved FIFA ranking (From 173 in 2015 to 96 in 2017). India performed well beyond the expectations in FIFA’s official competitions after years. The 2017 FIFA U-17 World Cup was hosted by India in the month of October 2017 and for the first time, the country hosted a FIFA event. The tournament was touted as the most successful FIFA U-17 World Cup ever, with the attendance being a record 1,347,133 surpassing China's 1985 edition where it was 1,230,976. India is also going to host the 2020 FIFA U-17 Women's World Cup which is currently postponed. All the good things in Indian Football are happening and we owe a major chunk of credit to ISL and their comprehensive approach to improve the quality of Indian football along with the humongous growth in viewership.

ISL has emerged triumphant both in terms of audience engagement (reach) and attendance (on-ground & digital) over the years since its inception. The league recorded a cumulative reach of 168 million and 261 million impressions for 2019-20 according to the reports from BARC (Broadcast Audience Research Council). At the end of the Hero Indian Super League 2019-20 season, the league recorded a 51% jump in viewership among the urban affluent sports savvy audience of M15+AB Urban as per BARC’s latest report.

The Hero ISL 2020-21 has registered a viewership increase of 16% in the opening week (First 8 matches) as compared to the previous season. Star India, the official broadcast partner in India, started to broadcast the matches in seven languages and fans can also catch the action LIVE on Disney+, Hotstar VIP, and JioTV. Without the fans in the stadiums due to COVID 19 pandemic, the only source of live matches is TV and streaming platforms. So ISL had to resort to better quality in live broadcasting as well as improved strategy in marketing. So far the signs look good.

In this article, we shall discuss the points that are proving to be pivotal in the growth of audience viewership and quality of Indian Football.

When ATK was warming themselves up to merge with the giants of Indian Football Mohun Bagan for the 2020-21 season, Nita Ambani, Founder & Chairperson, Football Sports Development Limited (FSDL) was adamant to bring in Mohun Bagan’s derby counterpart East Bengal. Thus the highly anticipated Kolkata Derby between SC East Bengal and ATK Mohun Bagan made its debut in the top tier league.

The Kolkata Derby is the biggest and one of the fiercest derbies in Asian Football. West Bengal is the mecca of Indian Football. They brought in both the teams to encourage the largest fan base in India.

The inclusion of one of the greatest derbies in ISL recorded the highest viewership for the match, which was 10 times more than the viewership of this fixture garnered in the Hero I-League in January 2020.

ISL continues to grow all the time and has quickly become one of the fastest-growing football leagues in the world with supporting statistics. With this trajectory likely to continue in the coming years, there is no stopping this the ISL. The cricket-crazy nation seems to have found a new obsession.

Bengaluru FC CEO, Mandar Tamhane recently pointed out that ISL clubs are no minnows when it comes to players' salaries. Leagues take years to establish. But the premier Indian league is competing with the likes of China, Korea, Japan in terms of wages.

For example, you could take Roy Krishna of ATK Mohun Bagan. Roy Krishna last year bagged around a 15 percent hike in salary on his annual contract with ATK. He is probably the best player of this season at the moment.

According to the report, the ISL’s rapid growth has resulted in increased financial clout. It made the league much more appealing to a wider range of quality players at younger ages than ever before. With the Bundesliga giants Borussia Dortmund partnering with Hyderabad FC and RB Leipzig partnering with FC Goa this season, we could actually see interest growing in Indian Football. Mumbai City FC already partnering with Premier League giants Manchester City is also a good indication of the growth of Indian Football.

The initial years of ISL created an awareness that there is a league in India called the ISL where the likes of Alessandro Del Piero, Roberto Carlos, Diego Forlan, Robert Pires, Nicolas Anelka come and play. That’s why ISL has been able to convince some really good talents to come and play in India.

Robbie Fowler, the Liverpool legend joined East Bengal as a coach. The foreign coaches are chosen wisely with proper hierarchy. As per the rules, there must be an Indian assistant coach under the head coach. It will be a tremendous learning curve for Indian coaches and stuffs to learn about the game.

Over the years, ISL has not just managed to be a crowd-puller but a corporate-puller as well. The league and the teams have the support of some of the highly lucrative contracts. Brands like Hero MotoCorp, DHL Express, Apollo Tyres, Byjus, Dream11, Bisleri, Nivia Maruti Suzuki, Puma, Kingfisher, Jockey, Paytm Insider, Policy Bazaar, and many more have extended their business in ISL sponsorships.

The Effect of Pandemic

Even though the pandemic will definitely affect the financial muscle of ISL, but it was a blessing for the broadcasting agencies to inject the passion of football in India through Television and Streaming platforms.

“We are thrilled to deliver a blockbuster opening week of the Hero ISL 2020-21. After a successful Dream11 IPL 2020, we laid emphasis on an enhanced viewing experience for football by stressing product innovations, improved story-telling, and fan engagement. We hope to maintain the momentum and build on the gains in viewership in Week 1. Hero ISL 2020-21 has also set the precedence for other sporting events to resume in India by following the highest safety standards.” - said Sanjog Gupta, Head-Sports, Star India.

Star Sports and FSDL introduced an exciting technological innovation to lure in the viewers. With the advent of Pandemic, online content consumption spiked up in India. IPL took the advantage of it and now ISL is reaping the rewards also. Interesting and engaging social media promotion, a chance for fans to interact with the fans, LED screen for the virtual audience in the stadium, fantasy league footballs, and many more. The players are advised to interact with the fans as much as possible. The addition of a dedicated LIVE Fan Wall raises the excitement a notch higher to help viewers celebrate important moments with their favorite team and heroes. Overall it has been a good season so far. But not all credit to the pandemic as it has also seen year on year television hits up by over 50%.

As part of the drive to achieve qualification for the 2034 FIFA World Cup, which is the current target for the Indian national team, a new roadmap was taken up by the AIFF.

In season 2019-’20, the ISL will attain the status of premier league competition in Indian football. The ISL was accorded top-flight status by the Asian Football Confederation (AFC) last year and the winners are now guaranteed a direct group stage spot in the Asian Champions League. The roadmap states that the winner of the I-League in 2022-23 and 2023-24 will stand a chance to be promoted to the ISL with no participation fee involved. In its recommendation for 2024-’25, it is agreed to fully implement promotion and relegation into the top league, and the abolition of two parallel leagues. It means there will be one league from 2024 with divisions. In an agreement between AFC and AIFF, the continental body agreed for the winner for ISL to represent India in the AFC Champions League while the I-League champions will get the AFC Cup slot till 2024.

The road map looks promising. To countries don’t have two parallel leagues. With the merger of ISL and I-League, India will now have one top division. It’s like having your own Premier League, Bundesliga, or La Liga. Everything under one roof. A proper framework to find the talents and work things their way up.

The Indian Super League (ISL) was started with the promise of promoting India's youth to take up football as a career, increasing the talent pool for the Indian national team. The residential academies are one of the brightest prospects in that direction. If you want to participate at the highest level, you must nurture kids from the age of 5-6 years. European Football is ruling the whole world because their players take up football as a career from the very beginning of their life. Residential Academies promise football and academic prospects hand in hand. If the kid doesn’t perform or show spark in the game, at least he or she will be equipped with a proper study plan to advance his career. The sport won’t be a hamper. This is such a promising premise for the parents who will definitely want a secure future for their kids. When the kids will be able to play and train the game in a structured manner, they will be able to compete in the 2nd tier FIFA events like U-17, U-23 levels. It is important for India to develop homegrown players for the goal of World Cup participation by 2034. The European Clubs are also extending their support for the growth of football in this part of the world.